We’ve all heard about it and if you’re really lucky, you experienced it firsthand: New York the way it used to be.

New York, before luxury condominiums took over the skyline and Starbucks replaced mom-and-pop shops. New York, before Soho was overrun by models and snobby coffee shops, pushing out starving artists and transforming what was once a cheap, gritty place to live.

A big part of what made Soho a refuge for artists in the 1970s (and for which we owe much of our old New York wistfulness) is an ordinance known as the artist-in-residence law.

What is the artist-in-residence (A.I.R.) zoning law?

The artist-in-residence zoning law was passed in 1971 to allow for the conversion of 200 commercial lofts to residential use, on the condition that each loft contain a certified artist. Soho and Noho were essentially zoned for “joint living-working” spaces, so that these properties would be off-limits to any non-certified artists. For years, the law was widely ignored as agencies like the Department of Buildings concentrated their efforts on matters more pressing than carving out affordable spaces for artists to live. 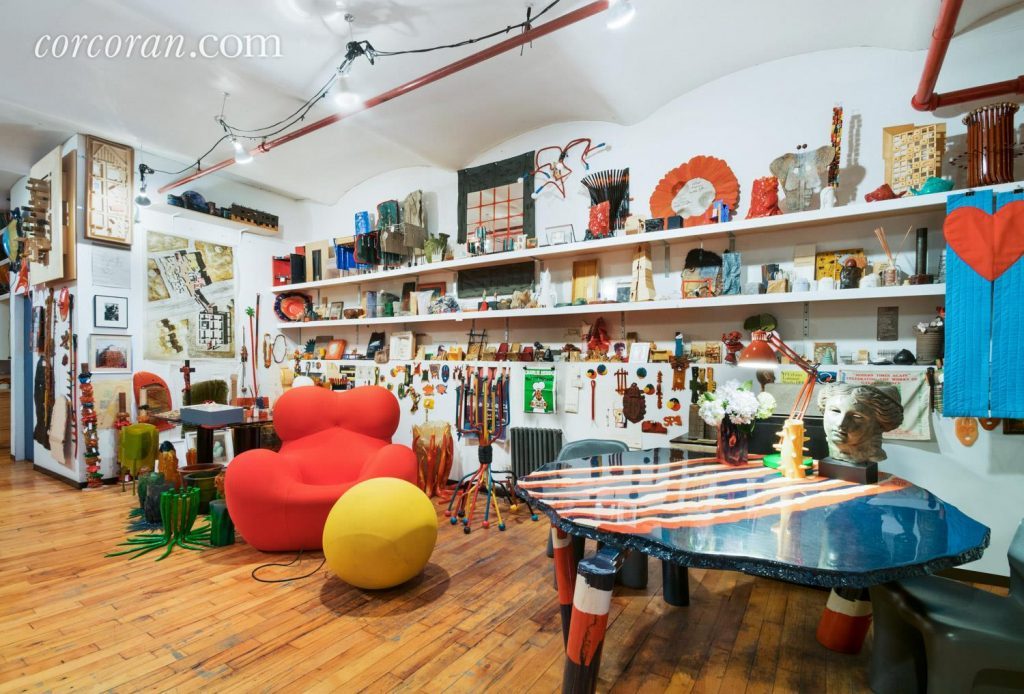 The loft of artist Gaetano Pesce is in a prewar A.I.R. building in Soho’s Cast-Iron District. The price was reduced by $100K three weeks ago, which is indicative of the effect A.I.R. zoning regulations can have on prime Soho real estate.

Who is considered a “certified artist”?

Artists may become “certified” by submitting an application to a committee that determines whether they meet the requirements to be a certified artist. These criterion include that the individual is:

The committee that reviews these applications is only made up of two judges and is notoriously mysterious. The names of the judges are not available to the public, and the city says it cannot divulge the judges’ rationale behind rejecting or approving an application. The results of their vetting process can be unpredictable — New York Magazine cites choreographers and filmmakers as having received approval, while dancers, actors and musicians have been rejected. Further, the New York Times cites a photographer’s rejection on the basis that their work did not show enough “focus, quality and commitment,” as yet another indication of a finicky approval process. 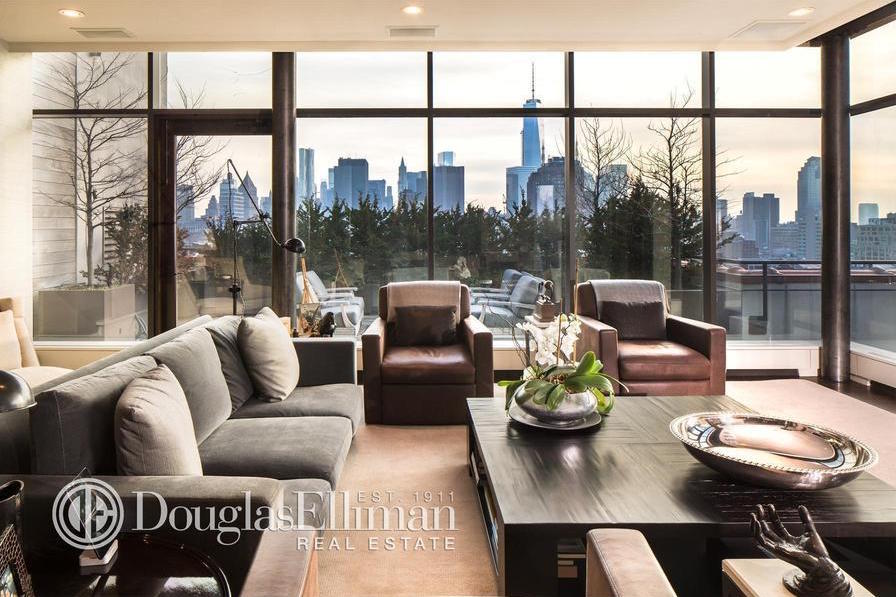 Jon Bon Jovi’s former home at 158 Mercer Street (an A.I.R. building). Many Soho residents questioned how Bon Jovi was able to obtain official artist certification from the city, as it doesn’t seem he would require a large space for his work.

What do artist-in-residence zoning regulations mean for non-artists looking to buy in Soho?

Though for years the A.I.R. zoning law was widely ignored by brokers, sellers, buyers, banks and city officials, Soho residents and agents alike have noted its enforcement in the years following the financial crisis of 2008. The law’s active resurgence is likely due to stricter lending requirements by banks following the subprime mortgage crisis. The New York Times cited the explanation of Apple Mortgage president Eric Appelbaum, who said banks are “…skittish about giving loans in buildings that have an artist-in-residency requirement. They worry that if a mortgaged apartment goes into foreclosure, the A.I.R. regulation will make it harder to sell.”

This worry is not unfounded. Real estate agents call the law outdated, claiming it “…drives away big-spending potential buyers from Soho because they’d rather go elsewhere than risk being rejected by co-op boards or denied mortgages because they’re not certified artists.” Further, buyers’ attorneys are reluctant to advise clients to make such a large investment in A.I.R. real estate due to its limitations.

Is there a work-around to A.I.R. regulations?

Prior to the law’s resurgence in enforcement, sellers placated timid buyers by having them sign the “Soho letter.” This is essentially written acknowledgement on behalf of the buyer, signaling their awareness of the need for an A.I.R. certificate. It also serves as confirmation of the buyer’s understanding that they may be asked to produce an A.I.R. certificate to building inspectors upon request. However, as real estate attorney Steven Wagner told New York Magazine, “People sign as a matter of course on the assumption that the city won’t enforce [A.I.R. regulations], but that doesn’t mean they won’t.”

Wagner’s right — though Soho loft residents were rarely asked to produce an official A.I.R. certificate in the past, the regulatory tides are turning. The Department of Buildings is becoming stricter with renewing temporary certificates of occupancy in A.I.R. buildings without a certified artist in each unit. 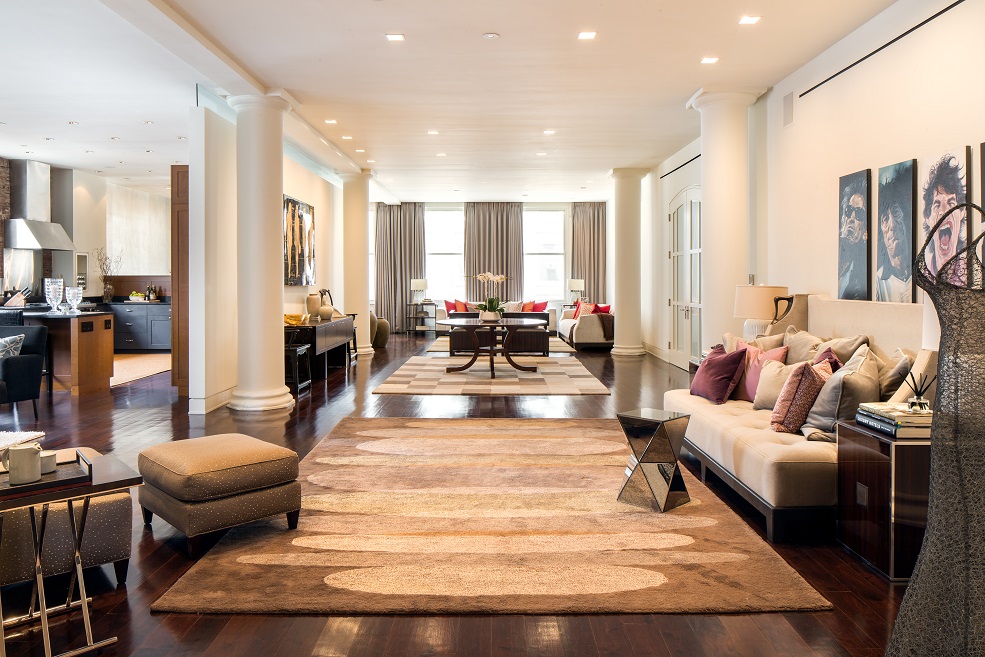 #7BWAY at 158 Mercer, Bon Jovi’s former building, has been on the market for over two-and-a-half years. Its time on the market is indicative of buyers’ wariness of buying in an A.I.R. building.

Are Soho residents in favor of the A.I.R. zoning law?

There is a definite divide among Soho and Noho residents regarding A.I.R. regulations. In the past several years, members of Community Board No. 2 have tried to use the A.I.R. zoning law as a means to fight the gentrification and surging prices of Soho in order to keep the neighborhood affordable for artists.

A group called the Soho Alliance has taken a similar stance; its director Sean Sweeney was quoted by the Wall Street Journal as saying that changing the zoning law would “lead to the wholesale eviction of the artist residents, both rental and co-op, who are vulnerable to the whims of their landlords and vulnerable to the vagaries of a tenant who wants to live on Park Avenue but rub shoulders with the bohemians.”

Meanwhile, the New York Post cites the Department of Buildings’ denial of temporary certificate of occupancy renewals for 10 different buildings as the catalyst behind the formation of the Soho/Noho Action Committee, which was formed “in response to the increased enforcement of the archaic AIR statute.” In 2012, the Wall Street Journal reported that the committee secured $30,000 “… determine how many artists certified by the city still live in SoHo and how many retail spaces are being occupied illegally.”

Though it was reported that full results would be ready to share with the City Planning Department in the fall of 2012, we were unable to find any survey results on record. It’s possible the survey was delayed by those who were living in Soho illegally and were therefore wary to answer survey questions honestly for fear of being evicted.